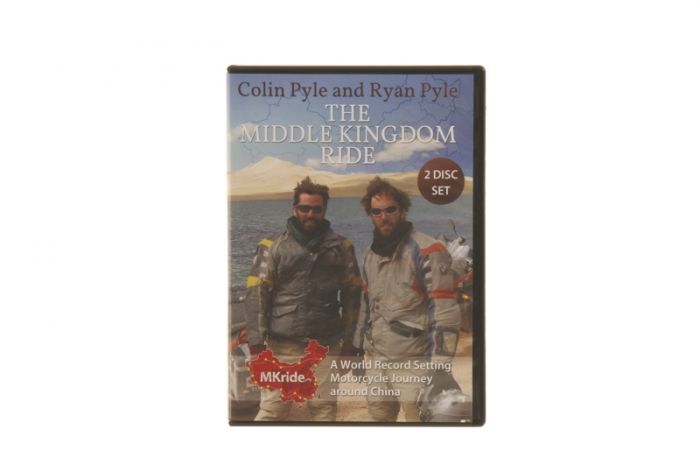 Skip to the beginning of the images gallery
Details
When Canadian brothers Colin and Ryan Pyle set out from Shanghai on a motorcycle journey that had never previously been attempted, they thought they had some idea of what lay ahead of them. It was a misconception that had become evident by the end of Day 1.

But, despite the many challenges they faced, 65 days and 18,000 km later they'd succeeded in circumnavigating China.


In an expedition of extremes, Colin and Ryan visited the third lowest point on Earth and slept at Everest Base Camp beside its highest mountain. They traveled off-road through deep desert sands in suffocating heat, traversed mountain passes in freezing temperatures that turned the moisture in their clothes to ice, and rode in torrential rain through mudslides beside rapidly rising flood waters.

At the end of their remarkable journey, the brothers had strengthened the bond between them, gained a Guinness World Record, tested their endurance to its limits, and shared an adventure that most of us will only ever dream of having.

In their DVD The Middle Kingdom Ride, Colin and Ryan take us with them as they travel through the diverse and extraordinary landscapes of China, from its border with North Korea, to the ancient Muslim city of Kashgar, across the vast empty spaces of the Mongolian grasslands, over the mountains and into the monasteries of Tibet.
More Information
Product Attachments
There are currently no downloads available.
Touratech Copyright © 2020